Scroll on for today’s “cypress and cobblestone” vibes…

Being in the center of the universe is dreamworthy, and Naples is a universe all of its own. There are plenty of things to keep you busy in the city for days. But within an hour you can access the catacombs beneath Naples, Pompeii, the islands of Capri, Ischia, and Procida (which was deemed the Capital of Culture in 2022). Ups and downs are a part of life, and they’re certainly a part of Naples. Dating back to the 16th century, burial grounds were in short supply here… Which led to the birth of the catacombs and the myriad of rituals that emerged around them. Eerie, sacred, and dramatic; walking through a subterranean necropolis is otherworldly. And while you’re touching on the shadow side, pay a visit to Pompeii. You’ll leave these spaces with a renewed appreciation for this beautiful thing called life… Which is right about when you head for the islands — cuz yes, there’s a whole lot of vitality to be found out there. It doesn’t take long to reach the smallest island in the Bay of Naples, where vibrance waits around every twisty cobbled corner. Exploring like this is pretty epic, amiright? 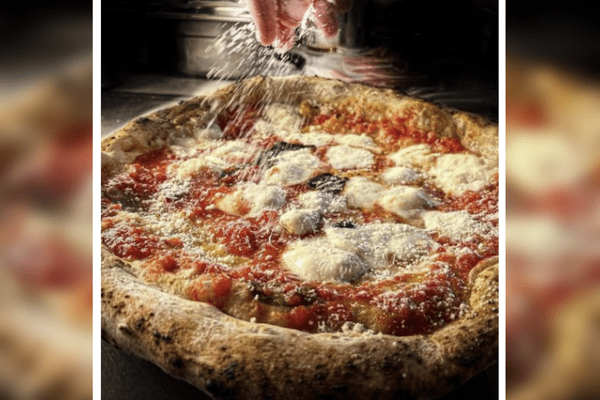 This pizza is all in. It reminds me of the layers of the city. Deep, complex, and full of wow factor. Not surprising, when you think about how generational instincts are poured into these pies like paint on canvas. It’s art, and it’s love on a plate. It’s the evolution of something great, made even tastier with each generation — pizza, after all, is nothing new. In fact, it’s a throwback to ancient times when the folks in Egypt, Greece, and Rome decorated flatbreads with toppings and gulped them down… But I’m guessing it was never quite like this ooey-gooey-business that will make you wonder if you can take down just one more sliver… Gino Sorbillo was founded way back in 1935, and almost a century later the ovens are still firing. It’s the kind of place that can make a grown man cry. Seriously, the family feel of this pizzeria brought my husband to tears. Maybe it was how Grandma Sorbillo took such care in the way she served our daughter, or the Italian version of a Mariachi band that showed up and played their hearts out, or the soul that is the zest of each bite. Whatever it was, one thing’s for sure… It was good. 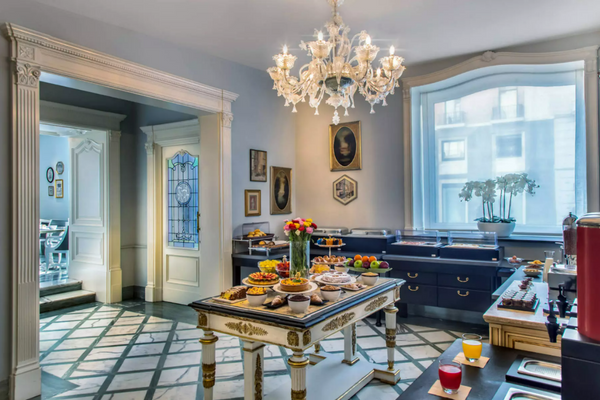 If we were to compare hotels and the classic 3 layered Neapolitan ice cream, the Grand Hotel Santa Lucia would be the flavor in the middle. Why? Because it’s located in the Centro Storico of Naples, within walking distance to all the sights. It’s also steps away from the Port and a 12 minute drive from the airport — which puts it into the running for “bookend” status — it’s a smart accommodation to start or finish your vacay from (especially if you’ve had your eye on the lower end of Italy’s boot). Naples is known as the gateway to Southern Italy, which makes it a great city to consider when choosing flights. (Oh, and if you were getting excited about the ice cream that hails from this region? Don’t worry, you’ll be steps away from that too.)

Cinephiles unite! The Napoli Film Festival is a thing! We love films as an art form and get super excited about festivals that showcase independent talent. Submissions for this event are locally specific as the film has to be set here in Campania, or produced/directed by someone from here. This year, it’s happening during the last week of September. The Napoli Film Festival has been running for 23 years, and yes, they have showings!

(and pssst… speaking of new releases)….

Hooray! We have brand new tours and locations coming up for 2023!!

Stay tuned as we’ll release all the details this month.