We’ve been going on about Sicily, Italy for a few years now ‘cause we believe it’s a must-see.

I keep returning, and like to browse the real estate too.

There was even a fuss fairly recently about the Sicilian town of Sambuca giving away houses for a euro each.

So much to see, so little time! But I’m glad you have a couple of minutes now to feast your eyes on some Sicily magic.

Here Are 10 Reasons to Pack Your Bags to Sicily, Italy 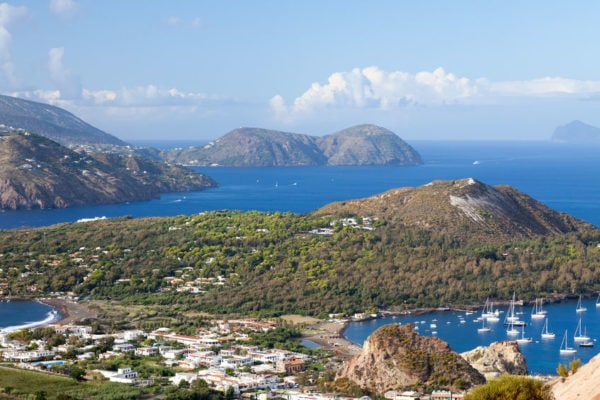 The Islands
There are dozens of islands surrounding Sicily. Notably the Aeolian Islands, the Cyclopean Isles, the Aegadian Islands, and the Pelagian Islands. Try to say THAT 10 times fast! 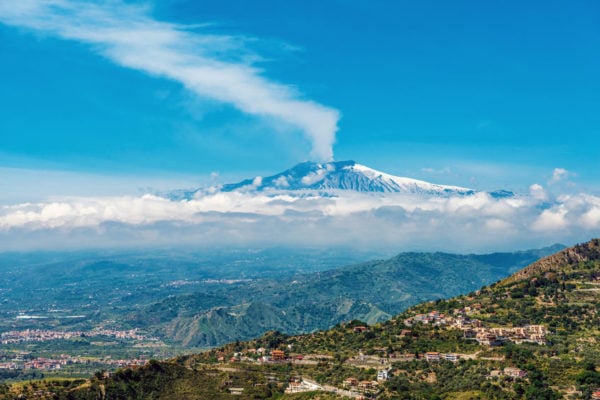 The Volcanoes
There are 30 active and inactive volcanoes in Italy, and a third of them are in Sicily. The active ones huff and puff smoke and they’re so ubiquitous, our clients can see them from the breakfast tables of our Aeolian Islands and Taormina hotels while on our tour of Sicily. 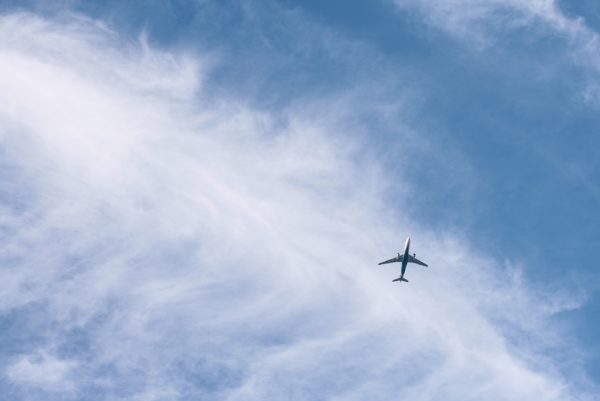 The Easy Flights
You can fly into Palermo or Catania, each the kind of city that adventurous travelers long to stumble upon and fancy travelers prefer to avoid. That is, unless they have a local guide to help make sense of the mazes of streets and markets and traffic. On our Sicily tour our clients fly into Palermo and out of Catania, which eliminates backtracking and makes for a neat route around the island. And our guide is Sicilian born and bred, and a master at uncovering the magic of these cities for even our most discerning clients. For more on flights, read How to Get to Sicily. 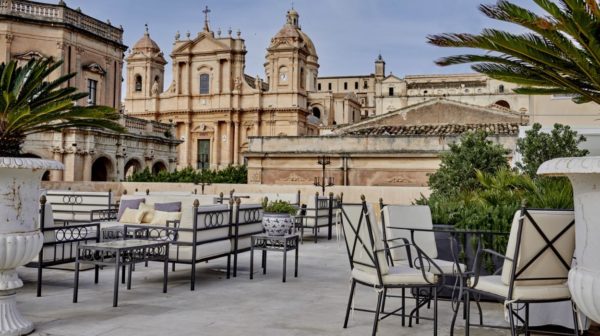 The Value
You can stay in some swanky palaces, villas and hotels in Sicily — many places charge upwards of 500 euro per night. But you can also find some excellent value at the small boutique hotels that inhabit unique historical buildings in Syracuse (Ortigia), Valley of the Temples, Etna, Palermo and the Baroque towns in the Val di Noto. 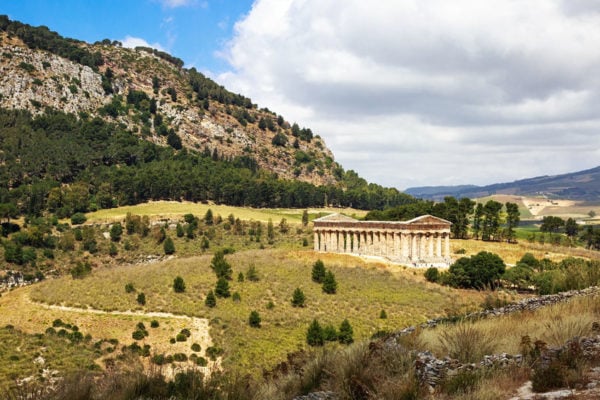 The Greek Ruins
The most important Greek ruins in Sicily are the Greek Theater in Taormina, the Valley of the Temples in Agrigento (the largest archaeological site in the world at 1,300 hectares) and the Doric Temples of Athena and Apollo in Syracuse. 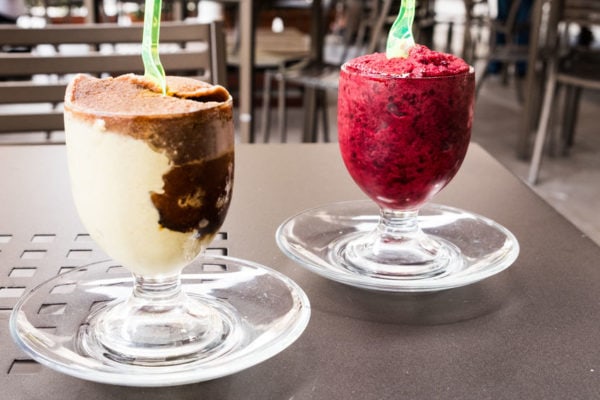 The Granita
When I say granita, it’s not the sweet syrup over ice you might be thinking of. The real deal is made from fresh fruit and nuts in flavors like pistachio, chocolate, almond, mulberry, strawberry, and melon. My fave is a big glass with 3 flavors — pistachio, almond and chocolate. On days when it’s hot or I’m full but still need a granita fix, I’ll get a fruit mix, like lemon and watermelon. 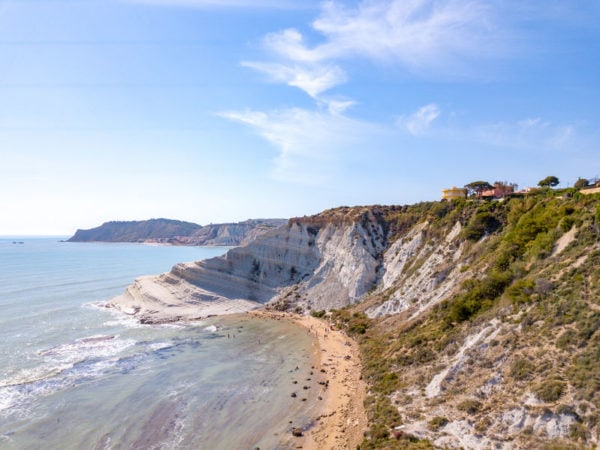 The Endless Beach Options
If you stayed in Sicily for a month, you couldn’t visit a tenth of the beaches here. Sicily has over a dozen islands, so the sheer number of beaches is mind-boggling. That’s what you get for being perfectly positioned in the warm seas between Italy, Greece and Africa! They have an almost unfair variety too. There’s the white sand at Scala dei Turchi, near Agrigento. The stunning black sand beaches of the Aeolian Islands (thanks to volcanic minerals and lava fragments). Plus a bajillion beaches made up of anything from tiny pebbles to rocky outcroppings. Jump in! The water’s fine. 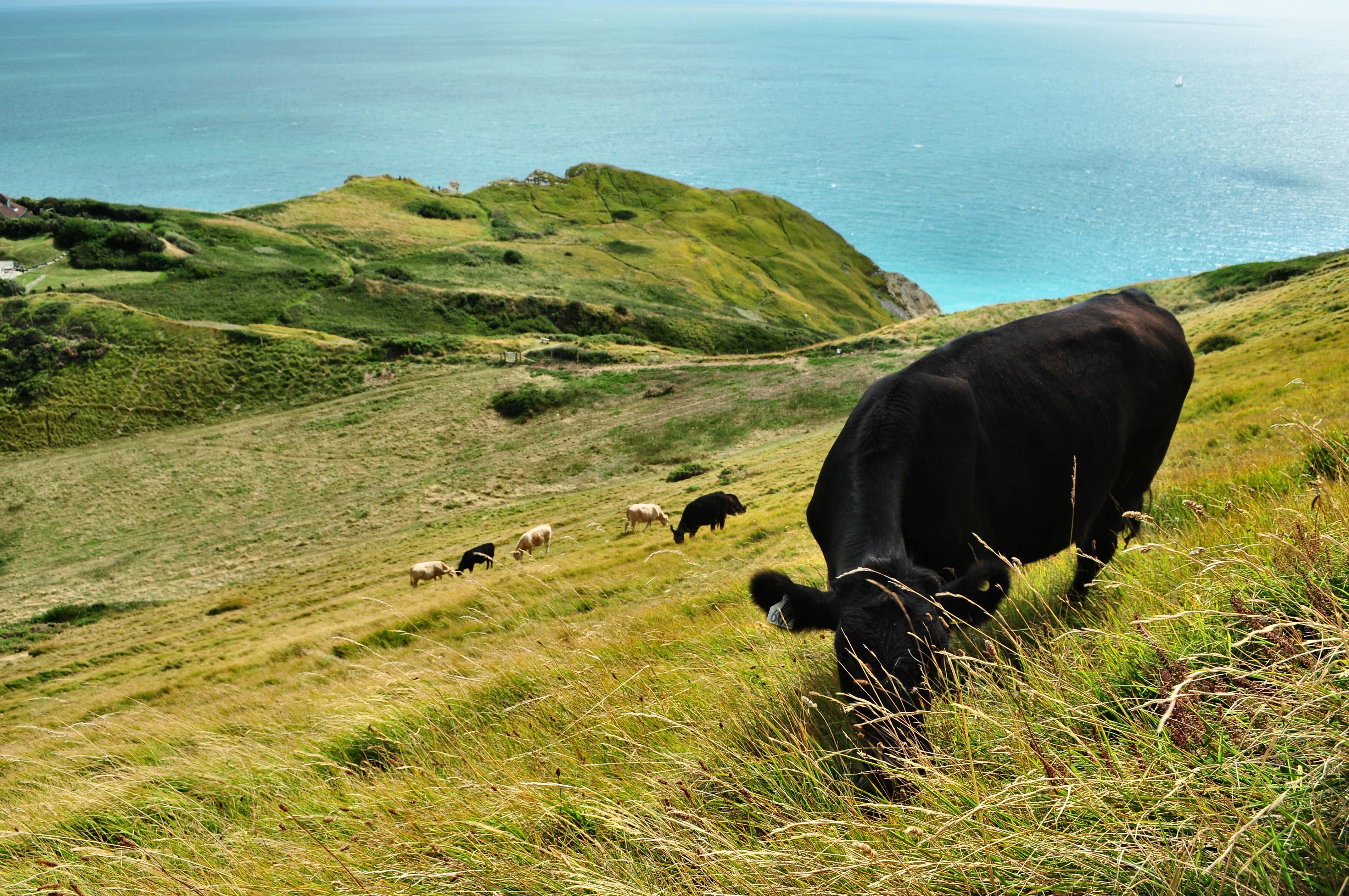 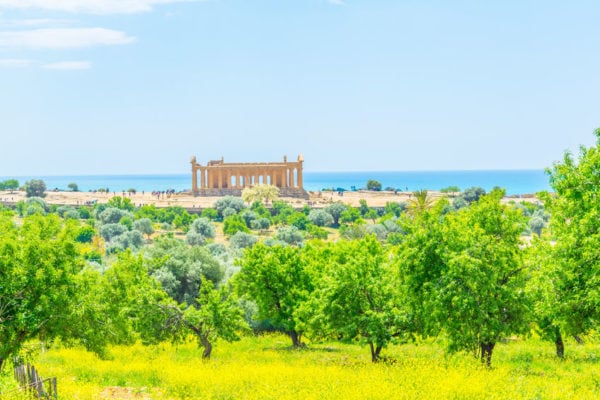 The World Class History & Culture
There are 7 Unesco World Heritage Sites in Sicily. These are landmarks or areas selected by the United Nations as having cultural, historical, scientific or another form of significance, and are legally protected by international treaties. Italy has 54 Unesco Sites, 7 of which are located in Sicily. The latest was added just in 2018. Here’s the list and links — we visit a number of these sites on our Sicily tour for women: 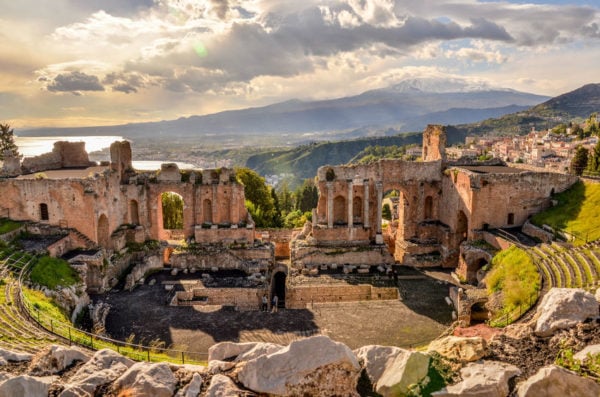 The Charm of Taormina
This town has been on travelers’ itineraries since the 19th century. Oscar Wilde was a fan. D.H. Lawrence, too. More recently, the G7 summit was hosted there. Why do we (and poets, writers, artists, travelers and politicians) dig Taormina? Well, the weather is perf (winter highs of 14°) and the views are too — the expansive one over the smoking volcano of Etna and the Ionian sea is one of our faves in all of Italy. The Greek Theater is still in use in summer — Sting has played there in the past and this year you can see Andrea Bocelli. We take clients to Taormina during our Sicily tour and they never want to leave.

Want more intel on how to travel to Sicily, Italy? Check out these other articles for further inspo:

Now we would love to hear from you. Leave a comment below. What do you think of Sicily, Italy?